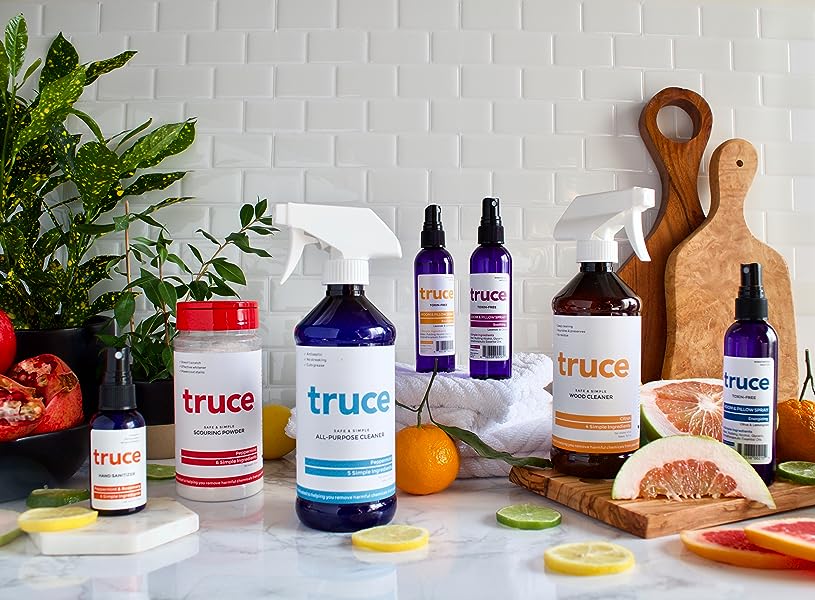 Truce's vision is that every home is a clean and toxin-free environment that is safe for everyone in the family - including pets.

"p"The Pain:"br" In 1996, longtime Phoenix resident and avid baker Kandie Konomos began a household cleaning company. However, not long after starting, Kandie noticed her skin would often react to the chemicals in the cleaning products. After being regularly exposed to all sorts of these products, she soon developed contact dermatitis. "p"The "Ah-Ha" Moment:"br" In an effort to relieve her painful allergic condition, she tried many of the so-called âgreenâ products, but with no luck. As her condition continued, she imagined a product with a simpler recipe - one that could clean effectively yet not cause irritation or pain. A baker at heart, Kandie soon realized if she could create recipes for all sorts of baked goods, she could also develop recipes for safe and effective cleaning products. "p"The Solution:"br" After years of experimenting in dozens of homes, she finalized her recipes in late 2003. As her formulas progressed, Kandie soon realized her products were just as effective as the store-bought cleaners, minus the negatives such as dermatitis, possible carcinogen exposure and more. Using the same high quality ingredients and recipes we still use today, the products that would eventually become Truce were born. "p"The Vision:"br" Right around this same time, future co-founder and friend Diann Peart was completing her Ph.D. in Ecology at Arizona State University. Naturally, this path had led her through a considerable amount of knowledge regarding chemical use in a variety of environments. Through her research she found that the relationship between chronic illnesses and chemical overload was becoming glaringly clear - and she knew she wanted to take action. "p"In the years leading up to Truceâs founding, Diann established a non-profit organization committed to educating local communities about the dangers of prolonged household chemical exposure. In her time there she led many projects, including the creation of organic gardens on the campus of Arizona State University, in her neighborhood and on the school grounds of the Gila River Indian Community. "p"After they eventually met in 2007, Kandie gave Diann some of her own hand-crafted cleaning products as a birthday gift. The two almost immediately hit it off, realizing they shared the same vision of a home: a clean, toxin-free space that was safe for everyone in the familyâeven pets. "p"The Moment of TRUCE:"br" Less than a year later, their vision came to fruition in the form of their first company -Â Herb âN Organics. With an eagerness to get their products out to the world, they made their first public appearance at the Downtown Phoenix Public Market in April 2008. It didnât take long before shoppers noticed their booth, and they sold their very first products that day. Â We are happy to say that several of those customers are still loyal Truce customers to this day. "p"As they continued to grow, Diann and Kandie began to realize how many people were seeking products like theirs. They realized the need for a product that people could trust; one that we donât have to be afraid of getting on our skin, yet one that still cleans effectively and smells great doing it. They then envisioned not just a superior and safer product, but also a company behind it that truly cares. A company that uses its platform to not only deliver extraordinary products but also drive change in the industry; a company that understands that profit is not the only metric to measure success. Â With this newfound purpose also came a new name: a name to express their objective as a company, as well as a name to express the purpose of their products - Truce. "p"The Movement:"br" In our journey since, we have seen many changes both in the company as well as in the world. Just as Diann and Kandie first envisioned, society hasÂ begun to realize the stranglehold that mainstream cleaners have held over us all for the past 100 years. And so, as we press forward on our mission, we hope you will join us as we continue to stretch and grow. Because here at Truce, we have our own vision for the future - and it smells like peppermint. 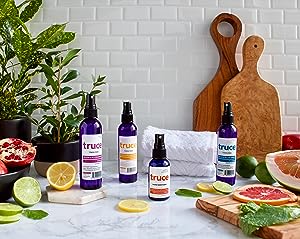 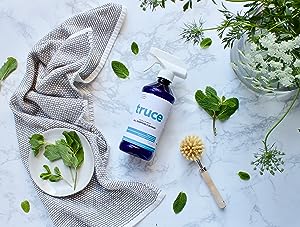 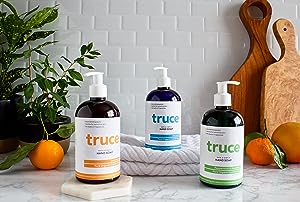 "p" Cleaning with Confidence:Â Feel relieved knowing that harsh chemicals will never enter your home. Feel confident that you will get a clean result. Safe, toxin-free ingredients - itâs the core of our mission. 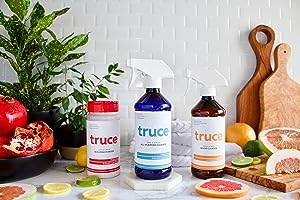 "p" At Ease with Aromatherapy:Â Feel happy that your home will smell clean for those who enter. Feel amazed that the smell of clean can be all-natural. 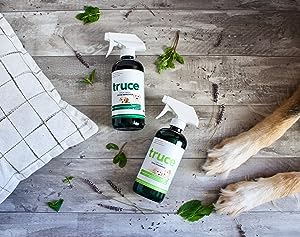 "p" Environmentally Empowering:Â Feel proud knowing that Truce is reducing greenhouse gases and the use of fossil fuels. Feel empowered knowing that your part in preserving our planet can be easy.